Oversize, Overdue: The Architecture of the D.B. Weldon Library 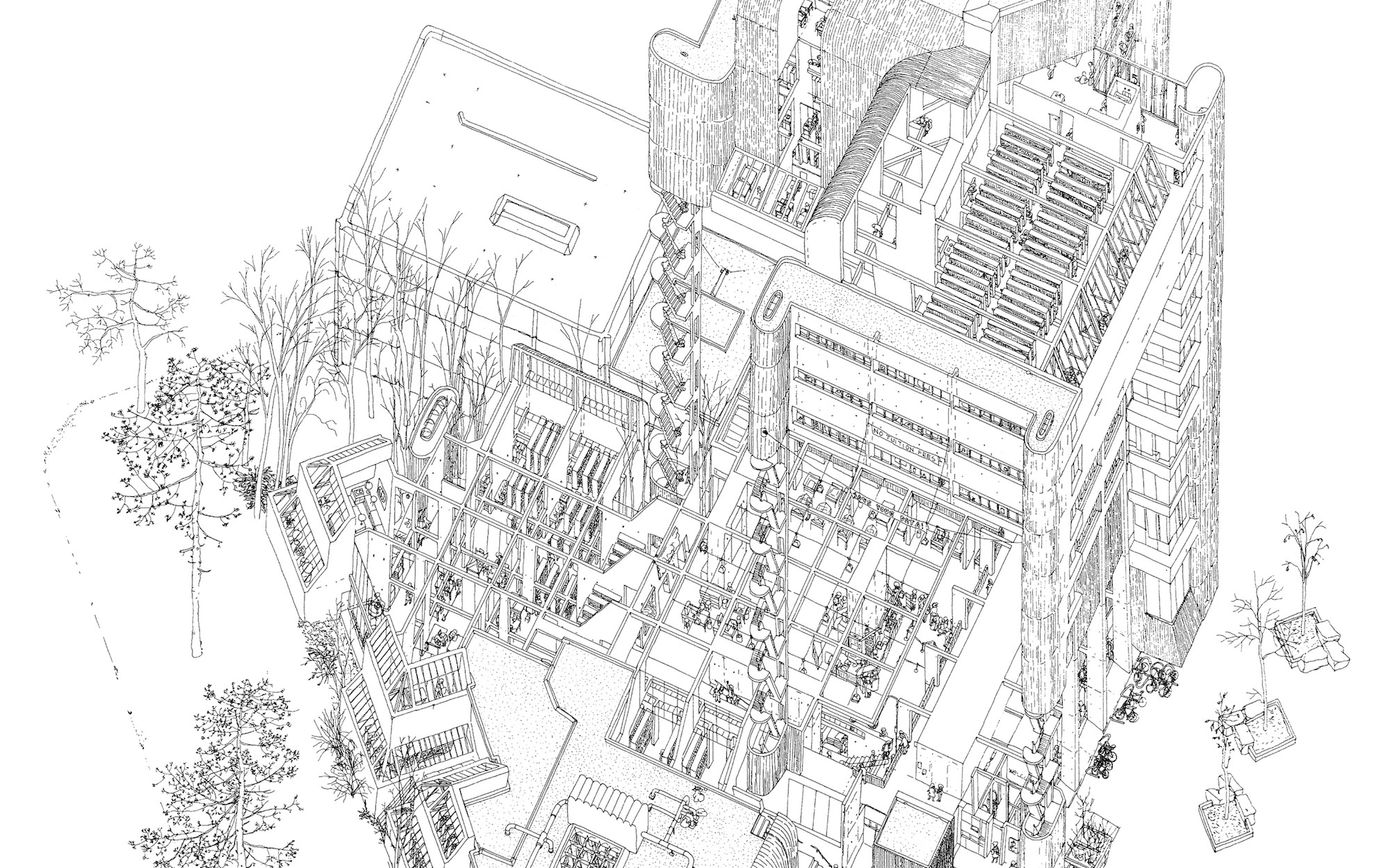 Brutalism is arguably the most revered and reviled of architectural styles. In recent years, it has enjoyed a resurgence of interest among a new generation of architects, designers and urban types. They find its authenticity, material integrity and volumetric forms are refreshing after years of theatrical, pseudo-historical, post-modernism, and that which followed.

At Western University, a legacy of colonial aspirations has resulted in a campus largely built in what is called the “Collegiate Gothic” style. The building of Weldon Library was part of a brief, visionary interlude of utopian modernism that envisioned new, big and boldly egalitarian public spaces that provided access to education for all.

Now, many modernist buildings like Weldon Library are threatened by deterioration and even demolition. Altered beyond recognition by perfunctory repairs and renovations, it is difficult to imagine the ways in which such monumental buildings represented the lofty social values of this particular time period.

Initiated in Canada’s centennial year, the design of a new main library for Western University was a collaboration between architects Ronald E. Murphy (1924-1992) of London and Australian John H. Andrews (born 1933), who also designed the University of Toronto’s Scarborough College and the CN Tower. This design occurred within the rapid expansion of post-secondary education in Canada, concurrent with the architecture of the 1967 centennial commemoration, and as part of the emergence of the “third generation” of modern architects in the international context.

About the speaker:
James Ashby, a conservation architect and independent scholar, focuses on the built heritage of the modern era and its continuity into the future. He has worked in the private and public sectors in Canada, and in the non-profit sector in the United States. Ashby has advised on several nominations of modern built heritage to the UNESCO World Heritage List. He benefitted from a residency at The Getty in Los Angeles as a guest scholar. Based in Ottawa, Ashby has lectured widely and his writing has been published in journals in North America, Europe, and Asia.